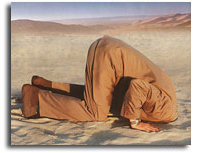 “Virtual meeting via dial-in teleconference and WebEx only. … Note: Please be advised that the NASA large event WebEx account is being used to support this meeting; this WebEx account is incompatible with the newest Mac operating system introduced in October 2019–MacOS Catalina.”

Keith’s note: Anyone who has attempted to connect to NASA FACA meetings such as the NASA Advisory Council by Webex over the past several weeks has discovered that NASA’s Webex thing is usually screwed up – especially on Mac OS computers. So what does NASA do about that? They just go ahead and continue to use Webex even though there are many alternatives with a simple ‘that’s too bad – sorry’ note in the Federal Register. If everyone was sitting inside a secure NASA facility using Webex that would be one thing. But virtually all participants are going to be sitting at home.

Why is it that millions of regular people who have never teleconferenced at home are attending virtual weddings and graduations – and in my case doing TV interviews – but NASA can’t figure out how to do a simple telecon? One solution would be to broadcast the event on NASA TV. NASA has done split screen stuff before. But even that is apparently too hard for them to pull off. The National Space Council event hosted at NASA HQ earlier this week was an embarassment – even though Jim Bridenstine was onsite at JSC and the DEMO-2 crew were onsite at KSC you could not understand what they said. Even VP Pence noticed saying that he “missed every fifth word”.

This virtual reality is not going away any time soon NASA. it is past time for you to bite the bullet and adapt to it.

The surprising benefits of contemplating the death of the universe