The 45th satellite of the BeiDou Navigation Satellite System (BDS) has started operation in the network after completing in-orbit tests, according to the Satellite Navigation System Management Office.

The third and the 45th satellite were launched at the Xichang Satellite Launch Center on Jan. 17, 2010 and May 17, 2019, respectively. Both were developed by the China Academy of Space Technology.

The BDS is China’s independently developed and operated global navigation system. It is named after the Chinese term for the Big Dipper constellation. 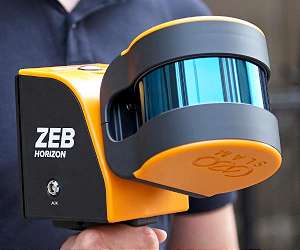 Velodyne’s Puck LITE sensors enable GeoSLAM systems to achieve data capture of intricate measurements from up to 100 meters away, delivering rapid results that can save time and mon … read more

Building a computer in Conway’s game of life

Funniest/Most Insightful Comments Of The Week At Techdirt