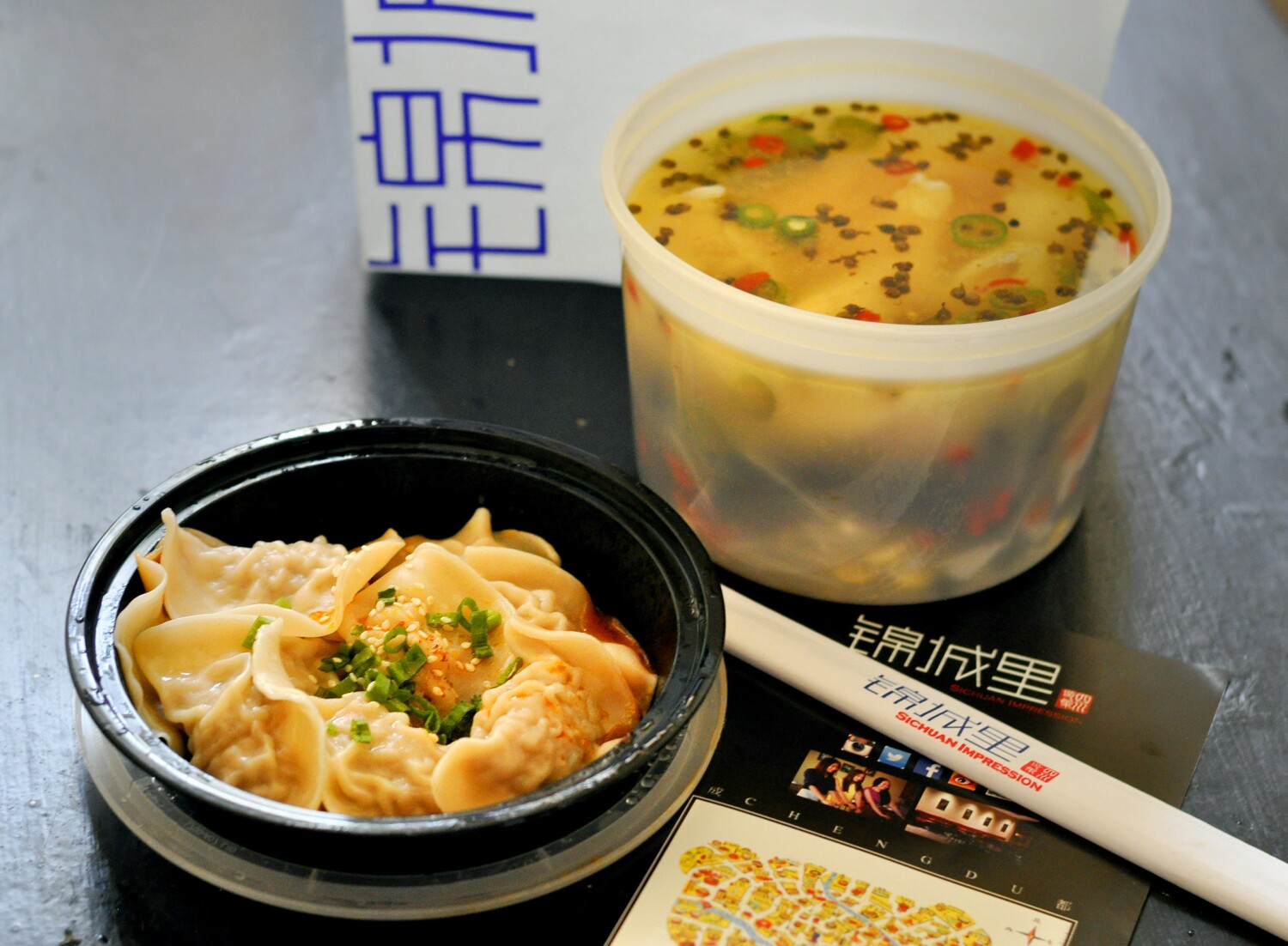 In an unexpected move, more than 20 Los Angeles restaurants, including Canter’s, Sichuan Impression and Sweetfin, have signed a petition opposing a City Council proposal to cap third-party delivery app fees.

It’s a stance that’s in direct opposition to many other restaurant owners, who have slammed the delivery apps for gouging them with commission fees that can reach as high as 30%. It’s especially shameful, they’ve said, during a time when restaurants are being crippled by the forced shutdown of their dining rooms.

The petition comes a few weeks after Los Angeles Councilman Mitch O’Farrell proposed an ordinance that would set a 15% delivery fee cap per order during the COVID-19 pandemic; San Francisco and New York have already adopted similar measures. The proposal is scheduled to be discussed at an L.A. City Council meeting on Wednesday.

Restaurant owners against the proposal say they’re worried that commission caps would actually be detrimental to their businesses. That’s because, with reduced revenue from fees, delivery app companies have warned that they might be forced to compensate by cutting services, their drivers’ pay or increasing the fees paid by diners. In the latter case, diners might then choose not to place orders, which would in turn negatively affect restaurants.

In some cases, the delivery apps might choose to pull out of the Los Angeles market altogether.

“I am writing today to strongly oppose any measure that places caps on the commissions agreed on by the on-demand delivery network companies and my restaurant,” reads the petition, which also includes signatures from Namsan in Koreatown, El Indio Mexicano in Yorba Linda, Fat Sal’s Deli in Hollywood and Hollywood Pizza Cafe. “These companies have been a lifeline to customers during the COVID-19 response, and altering a system that is working increases uncertainty and concern during a time when each day I am fighting for my business’s survival.”

The petition was facilitated by Postmates after “business owners reached out to us to see what they could do to support us,” a Postmates spokesman said. The petition was sent to Los Angeles City Council members and officials on Friday, and underscored the complicated nature of the delivery app industry: Restaurant owners feel taken advantage of, diners complain of delivery prices that are too high and the app companies contend that they too are barely making any money.

Canter’s Deli owner Marc Canter said he doesn’t see how it’s possible to lower the fees without the money coming out of someone else’s pocket, and expressed concern about the government getting involved in how companies set their prices.

“Of course everyone wants a discount, but how?” he said. “Where are they going to get the money that provides their platform and hires drivers? It would be the same thing as the government telling Ford Motors they have to start producing cars and make all cars $3,000 from now on.”

Canter said he would only support the rate cap during the pandemic if the government supplemented the difference for the delivery app companies. He suggested that the apps should track if a customer was referred to an app through a restaurant website and reduce fees on those occasions.

Sichuan Impression co-owner Kelly Xiao worried that delivery drivers would see their wages cut, or fewer orders to pick up, if fees were capped at 15%.

“A 15% fee is definitely helpful to restaurants during this difficult time, however I do not know what’s the cost and profit margin for these delivery app companies,” she said. “I appreciate they offered lots of job opportunities recently to the people who lost their jobs.”

If the rate cap is approved, Postmates, the most popular third-party ordering app in the city according to the data collection site Second Share, hinted that it may stop offering delivery as well as many of the other restaurant services it provides, including data analytics and marketing.

“We would have to turn off the ability to even partner with these restaurants,” said Vikrum Aiyer, the company’s vice president for public policy and strategic communications.

Postmates, which negotiates fees individually with restaurants, has more than 35,000 Los Angeles businesses on its platform and pays its gig workers $30 an hour, according to Aiyer. It brought in a reported $400 million in revenue in 2018. Aiyer declined to comment on the San Francisco company’s profit margin.

“In 2019 we facilitated sales on behalf of local businesses of about $500 million, and a third of that went to gig worker pay,” Aiyer said. “The costs will have to get recouped somewhere. Customer fees could go up or worker pay could get cut.”

Timesha Philips, who owns the Phatdaddy’s burger restaurant in South L.A., has an exclusive delivery contract with Postmates. Last week she reported $1,289 in sales and paid Postmates $315, a commission fee of nearly 25%. Still, Philips signed the petition.

“Lowering commissions would help me, but I’m already a small business and I don’t have enough revenue coming in to be able to contract out my own delivery people,” she said. “I get so many orders from the app, especially during COVID-19. If I didn’t have a delivery platform to be able to offer my products, I probably wouldn’t even be able to be in business.”

Postmates is proposing a “restaurant resiliency fund” as an alternative to the 15% fee cap. It would require a transaction fee that would either be a fixed charge or a percentage on each transaction. The city would decide on the amount of the fixed charge or percentage, and determine whether customers or the delivery apps would be responsible to pay it.

“In our vision, it would be what gets tacked onto the customer side,” Aiyer said.

The money from the fee would then be given to restaurants, although Aiyer did not specify how. Postmates is also proposing a model that would allow the city to prioritize certain geographical areas over others when distributing the money based on need. Aiyer said he has been in talks with the mayor of West Hollywood regarding the proposal.

“I would be in favor of this if there was a real system to determine who needed the funds and who didn’t need the funds,” Sweetfin co-founder Seth Cohen said. “If there’s an option for a customer to spend an extra 2.5% or 3% it’s really a negligible amount.”

The poke bowl chain, which also has an exclusive delivery contract with Postmates, has 10 locations in Southern California. Cohen believes the cost of having to hire and manage his own delivery fleet will be just as, if not more, expensive than using the third-party apps.

Xiao said there are other ways the apps could be helping restaurants.

“They could improve the delivery speed, quality of service and system security,” she said.

Georgette Powell, who owns Mel’s Fish Shack in West Adams, has seen orders surge recently at her restaurant. She offers delivery through several apps including Uber Eats, Postmates and DoorDash and sent a separate letter to Councilman Herb Wesson on May 5 opposing the fee cap.

“We pay a fair rate to those who have kept us viable during these difficult times,” it said. “In 38 years of operations we have not needed nor asked for any such governmental intervention.”

Bacteria can grow on nutrients from space