What happened yesterday and what will happen tomorrow are usually two different and quite independent matters. The past and the future of human life are not symmetric and therefore not reversible. In physics, this is different. The fundamental forces of nature in elementary particles, atoms and molecules are symmetric with respect to their development in time: Forwards or backwards makes no difference, scientists call this a time-reversal symmetry.

For decades this symmetry was also found in all superconductors. Superconductors are materials which can conduct electrical currents at low temperatures without energy dissipation. One of their major applications is the efficient generation of strong magnetic fields, for example in magnetic resonance imaging (MRI) diagnosis.

Approximately 99% of all known superconducting materials are time-reversal symmetric.

However, for some years, physicists have been discovering new superconductors which brake time-reversal symmetry. To explain these observations, the basic mechanism of superconductivity, which has been known for more than 75 years, had to be modified considerably. Only these novel superconductors are able to spontaneously generate constant internal magnetic fields. This can lead to new applications, for example in quantum computing devices.

An international research team led by Dr. Vadim Grinenko und Prof. Hans-Henning Klauss from the Institute of Solid State and Materials Physics at TU Dresden discovered this new magnetic state with broken time-reversal symmetry in iron-based superconductors. The synthesis of this versatile class of intermetallic compounds is comparatively simple. Therefore, these iron-based superconductors have an enormous potential for applications.

“In our study, we show that the iron-based superconductors discovered more than twelve years ago continue to reveal new quests for fundamental research as well as chances for new applications,” states Prof. Hans-Henning Klauss. 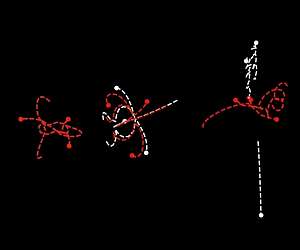 
If three or more objects move around each other, history cannot be reversed. That is the conclusion of an international team of researchers based on computer simulations of three black holes orbiting each other. The researchers, led by the Dutch astronomer Tjarda Boekholt, publish their findings in the April issue of the journal The Monthly Notices of the Royal Astronomical Society.

Most basic laws in physics have no problem with the direction in which they run. They are, as scientists call it, sy … read more

The prototyping tool for teams

Essentials Steps for Designing a Good Website for eCommerce – Techcolite

Increase Your Product Quality Through Accessibility